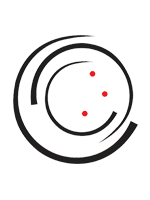 The complex pathophysiology of sickle cell anemia (SCA) involves intravascular hemolytic processes and recurrent vaso-occlusion, driven by chronic vascular inflammation, which result in the disease's severe clinical complications, including recurrent painful vaso-occlusive episodes. Hydroxyurea, the only drug frequently used for SCA therapy, is a cytostatic agent, although it appears to exert nitric oxide/soluble guanylyl cyclase (sGC) modulating activity. As new drugs that can complement or replace the use of hydroxyurea are sought to further reduce vaso-occlusive episode frequency in SCA, we investigated the effects of the sGC agonists BAY 60-2770 (sGC activator) and BAY 41-2272 (sGC stimulator) in the presence or absence of hydroxyurea on SCA vaso-occlusive mechanisms and cell recruitment both ex vivo and in vivo. These agents significantly reduced stimulated human SCA neutrophil adhesive properties ex vivo in association with the inhibition of surface beta 2-integrin activation. A single administration of BAY 60-2770 or BAY 41-2272 decreased tumor necrosis factor cytokine- induced leukocyte recruitment in a mouse model of SCA vasoocclusion. Importantly, the in vivo actions of both agonists were significantly potentiated by the coadministration of hydroxyurea. Erythroid cell fetal hemoglobin (HbF) elevation is also a major goal for SCA therapy. BAY 41-2272 but not BAY 60-2770 at the concentrations employed significantly induced gamma-globin gene transcription in association with HbF production in cultured erythroleukemic cells. In conclusion, sGC agonist drugs could represent a promising approach as therapy for SCA, for use either as stand-alone treatments or in combination with hydroxyurea SIGNIFICANCE STATEMENT
This preclinical study demonstrates that stimulators and activators of sGC are potent inhibitors of the adhesion and recruitment of leukocytes from humans and in mice with sickle cell anemia (SCA) and may represent a promising approach for diminishing vaso-occlusive episode frequency in SCA. Hydroxyurea, a drug already frequently used for treating SCA, was found to potentiate the beneficial effects of sGC agonists in in vivo studies, implying that these classes of compounds could be used alone or in combination therapy.